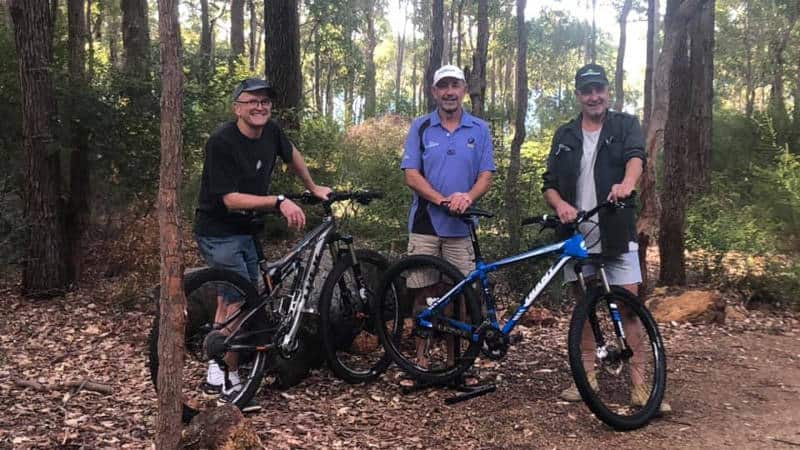 “Eeesh!!!! Today was 6hrs 27min in the saddle and over 1200m of climbing. I have the thought of looking straight up into the sky for 1.2km and imagine that’s what we climbed.”

By all accounts, conditions for riding were sublime! Nice cool temperatures with dappled sunlight through the trees. However, that does not equate into an easy day. The guys were somewhat tuckered out ( f&#cking knackered was one of the terms used), from the previous 2 days, so it was a tough day. In Pete’s words “It seemed to be just up and down one bloody big hill after another.”

Fortunately the riders gave the bikes a well deserved rest by walking up four of them!

“Once again, Mike Paul was my riding companion. He was in fine form, with me holding on for dear life quite a few times.”

Vic, their trusty wingman was on driving duties and basically taking care of getting all the gear packed, unpacked, buying food, and filling up the truck with fuel. Here we have the first nomination for “Dick of the Day’. Pedros, as Vic calls Pete, decided, without consulting, me, Cate, his oracle, that he would not need his credit cards – “Because they are all on an app on my phone!!”

No worries about whether he will have signal for some of the trip. Or how does Vic do his thing with the fuel, if Pete has his phone with him – on a bike – In the bush? LOL 😂 Must be Saving any gram of weight to be carried, obviously!

I get frantic calls and texts to say, please transfer money into Vic’s account, ASAP, he’s at the fuel pump. Then another call from Vic to say “How do you open the fuel cap or take the keys out of the Ute?”

2nd nomination goes to Mike – First time nominee! After agreeing that there would be no detours or off track sight seeing, given the state of the legs and bottoms, on suggestion by Pete that they stop for a drink, Mike said, “I know there is a bench to sit on in 500m, from when I rode this trail once before”

Well, the bench turned out to be 2 Km further AND 1 km off track. Hence, Mike is the proud winner of the prestigious title “DoD”

After arriving at Brockman dam, finally, Mike and Pete were VERY relieved to hit the dam wall & the camp sight. But then to discover that there are 2 dam walls and 2 camp sights, they were at the incorrect one. Luckily the guys came and collected them, so they were saved riding around the dam and more KMs.

Fresh troops were awaiting the weary soldiers, at the camp. Richard Yates, John Thompson, and Peter Hatton were dropped off by Lynn Dignan Thomson for the next two days which will be to Collie and then Boyanup.

Thanks to Lynn Thompson for the road rations, aka dinner, which were a big improvement on the offerings so far because there were amazing desserts.

Pete again “I only found out today that Mike had represented Zimbabwe (Rhodesia) as it was then at the South African road championships and finished a very credible 20th this has helped my slightly dented ego as Mike has done a lot less training than I have.”

I believe we have rain coming in tonight and for the next three days which will change things up quite a bit.
“I have had quite a few thoughts on what on earth possessed me to think this was a good idea??? I said I would and the main reason, when those bloody hills are trying to finish me off, is “How hard are the pensioners doing life at the moment “.

Or you can visit the below link: 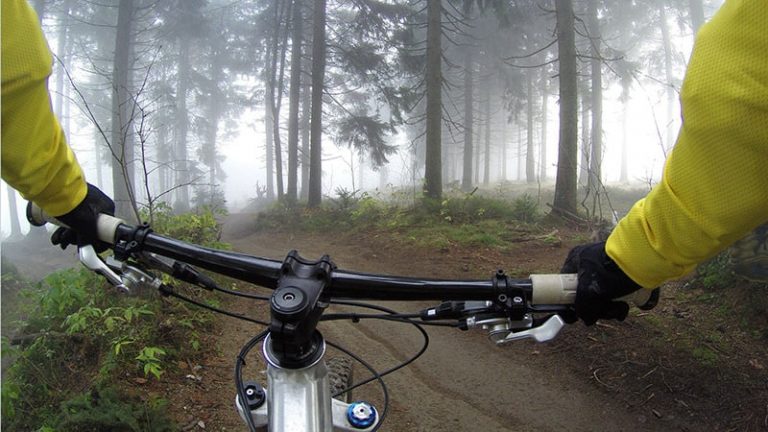 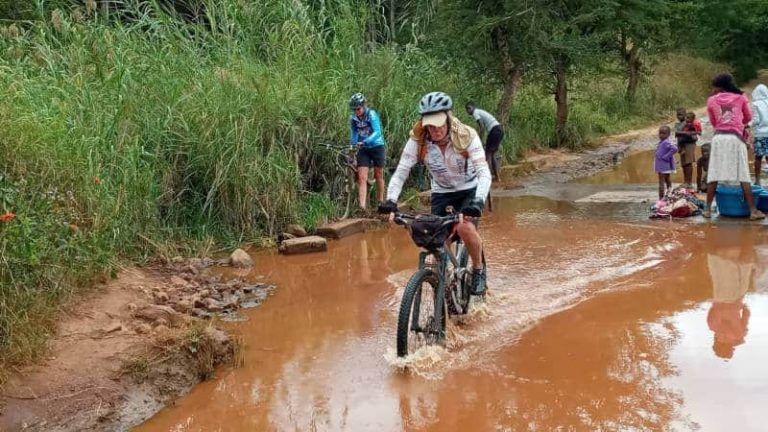 Happy Birthday Zimbabwe, although not so much for some. Zimbabwe enjoyed her 41st birthday on Sunday, although the use of the word enjoyed is debatable. The closest I got to festivities was when three MiG jets streaked overhead at ten in the morning. I was standing in the garden of one of our pensioners at… 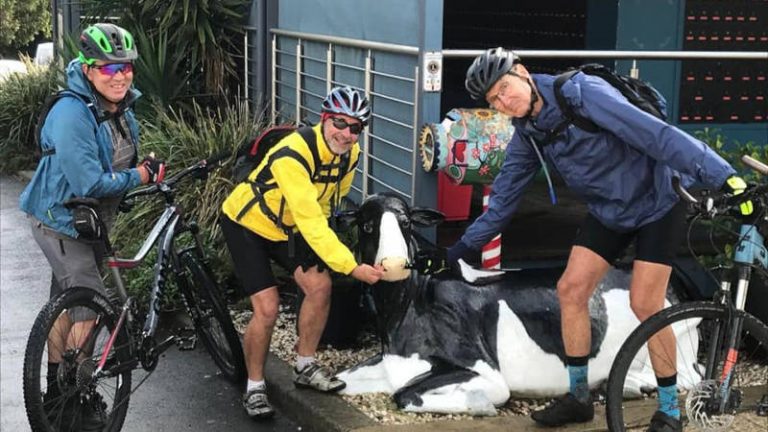 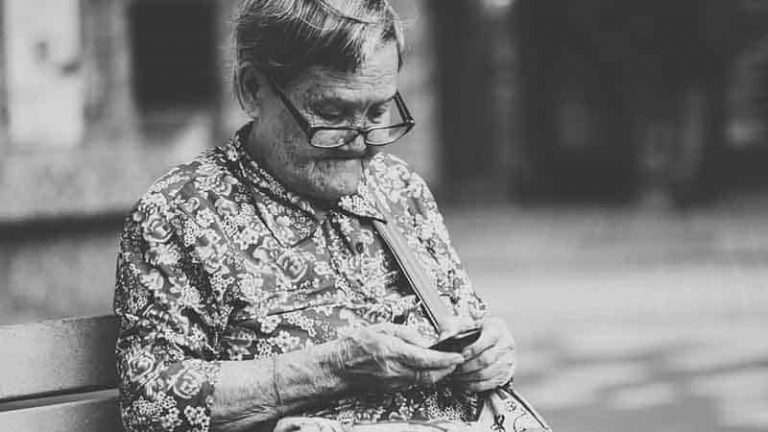 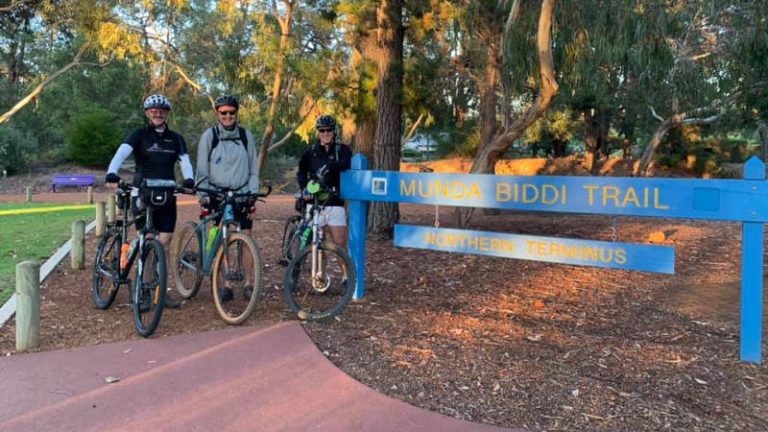 The day has finally arrived ! At 7.15am we left the Northern terminus of the Munda Biddi It was a fresh morning of 8 degree and my ski gloves, bought for such an occasion, were at home …..not the best start. Mike recounted his disappearing brake pads due to poor fitting which had him in… 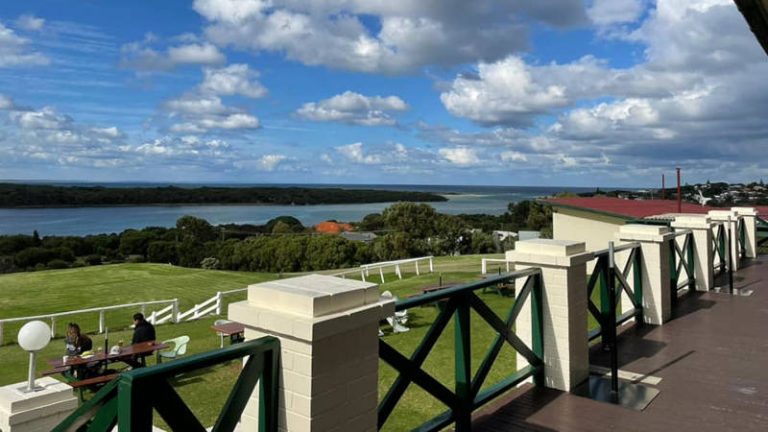 Day 20 Whaaaat!! 20 days in!! It’s scary, how quickly time goes! It seems like yesterday, that I first made the decision to take on doing an Epic ride in order to make a difference to old people, struggling in Zimbabwe. Four months disappeared and there I was at the start of Day 1, thinking…